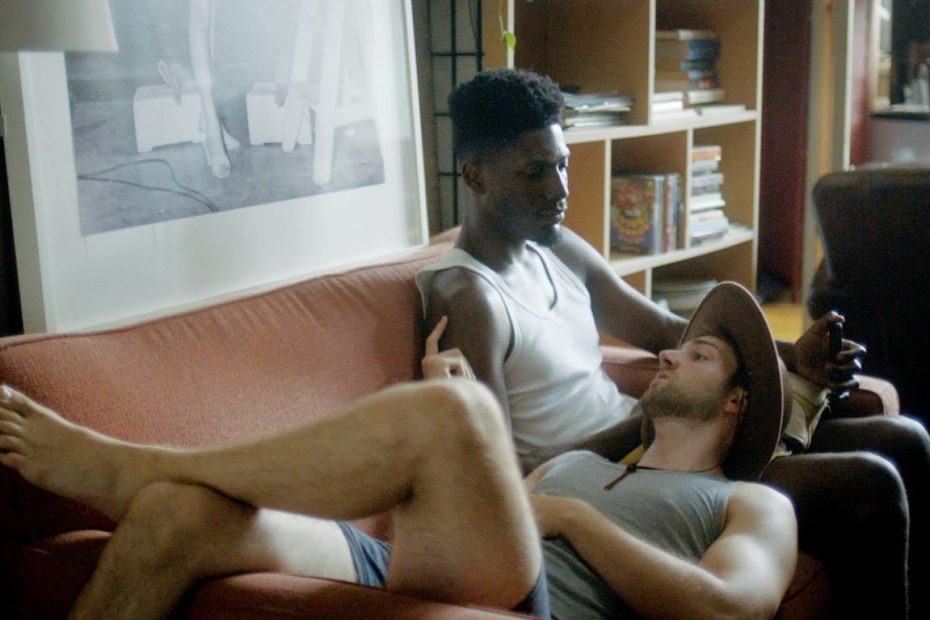 Home » QFFU for expats: a guide to all our English spoken or subtitled films

QFFU for expats: a guide to all our English spoken or subtitled films

From the 20th till the 29th of August we are turning Utrecht into one big cinema. Don’t speak Dutch fluently yet, want to take some foreign friends with you or just like English better? We got many English spoken films and films with English subtitles. We guide you through everything we have to offer this year.

20th of August
19:30 AYOR + De Stad was van Ons – English subtitles
On the opening night we screen a beautiful short and a documentary about taking up space as a queer person.
Sold out

21st of August
15:00: Five Dances – English screened
Chip is a talented dancer who moves to New York to fulfill his dreams. There he discovers that both dancing and love can pose their own challenges.
18:30: The Man with the Answers – English screened
Victor meets Matthias who takes him on a road trip that’s more adventurous than he had in mind.
Sold out
20:00: 52 Tuesdays – English screened
Sixteen-year-old Billie’s life is shaken up when her mother announces he’s a transgender man. During his transition Billie can see her father only on Tuesdays.

22nd of August
15:00: My First Summer – English screened
A sweet coming of age film in which two girls find each other in a summer that will change their lives.
19:30: Queer Shorts Night: Made in Holland – English subtitles
Can’t choose just one film? Watch this compilation of the most beautiful queer shorts.
Sold out

23rd of August:
14:00: Inquilinos – English subtitles
In this comical short some special tenants are moving into the building where Maria Teresa lives.
18:00: Forgotten Roads – English subtitles
When traditional housewife Claudina is widowed she gets to know her sweet neighbor and slowly falls in love with her.
20:00: Valentina – English subtitles
Trans girl Valentina tries to live a normal life, but when she gets confronted with injustice she won’t let them stop her, as will her friends and supportive mother.
21:00 Minyan – English screened
Russian Jewish teenager David grows up surrounded by conservative people, yet discovers that sometimes you can find likeminded people where you least expect them.

24th of August:
20:00: Monument van Trots – English subtitles
Watch this impressive documentary screened in one of our most original locations, Utrecht’s very own Domtoren.
Sold out

25th of August:
19:00: Pariah – English screened
A girl must balance her intersecting identities and learns how to deal with love, family and growing up.

26th of August:
19:30: McQueen – English screened
An intriguing portrait of one of the most iconic designers: Alexander McQueen. told through archive material and interviews with people who were close to him.

28th of August:
15:00: I am Samuel – English subtitles
In rural Kenya, Samuel can’t find anyone who is, like him, gay so he moves to Nairobi to find the queer community he longs for.

29th of August:
16:00: Cicada – English screened
Bisexual Ben decides to stop dating women after a few failed dates. He moves from one man to another until he meets Sam.

We use cookies on our website to give you the most relevant experience by remembering your preferences and repeat visits. By clicking “Accept All”, you consent to the use of ALL the cookies. However, you may visit "Cookie Settings" to provide a controlled consent.
Cookie SettingsAccept All
Manage consent

This website uses cookies to improve your experience while you navigate through the website. Out of these, the cookies that are categorized as necessary are stored on your browser as they are essential for the working of basic functionalities of the website. We also use third-party cookies that help us analyze and understand how you use this website. These cookies will be stored in your browser only with your consent. You also have the option to opt-out of these cookies. But opting out of some of these cookies may affect your browsing experience.
Necessary Altijd ingeschakeld

Performance cookies are used to understand and analyze the key performance indexes of the website which helps in delivering a better user experience for the visitors.

Analytical cookies are used to understand how visitors interact with the website. These cookies help provide information on metrics the number of visitors, bounce rate, traffic source, etc.

Advertisement cookies are used to provide visitors with relevant ads and marketing campaigns. These cookies track visitors across websites and collect information to provide customized ads.

Other uncategorized cookies are those that are being analyzed and have not been classified into a category as yet.